This was the moment an incredible battle between a leopard and impala unraveled when the leopard gave its all to make a meal out of an impala! This unbelievable sighting happened on the H12, near Skukuza in the Kruger National Park. 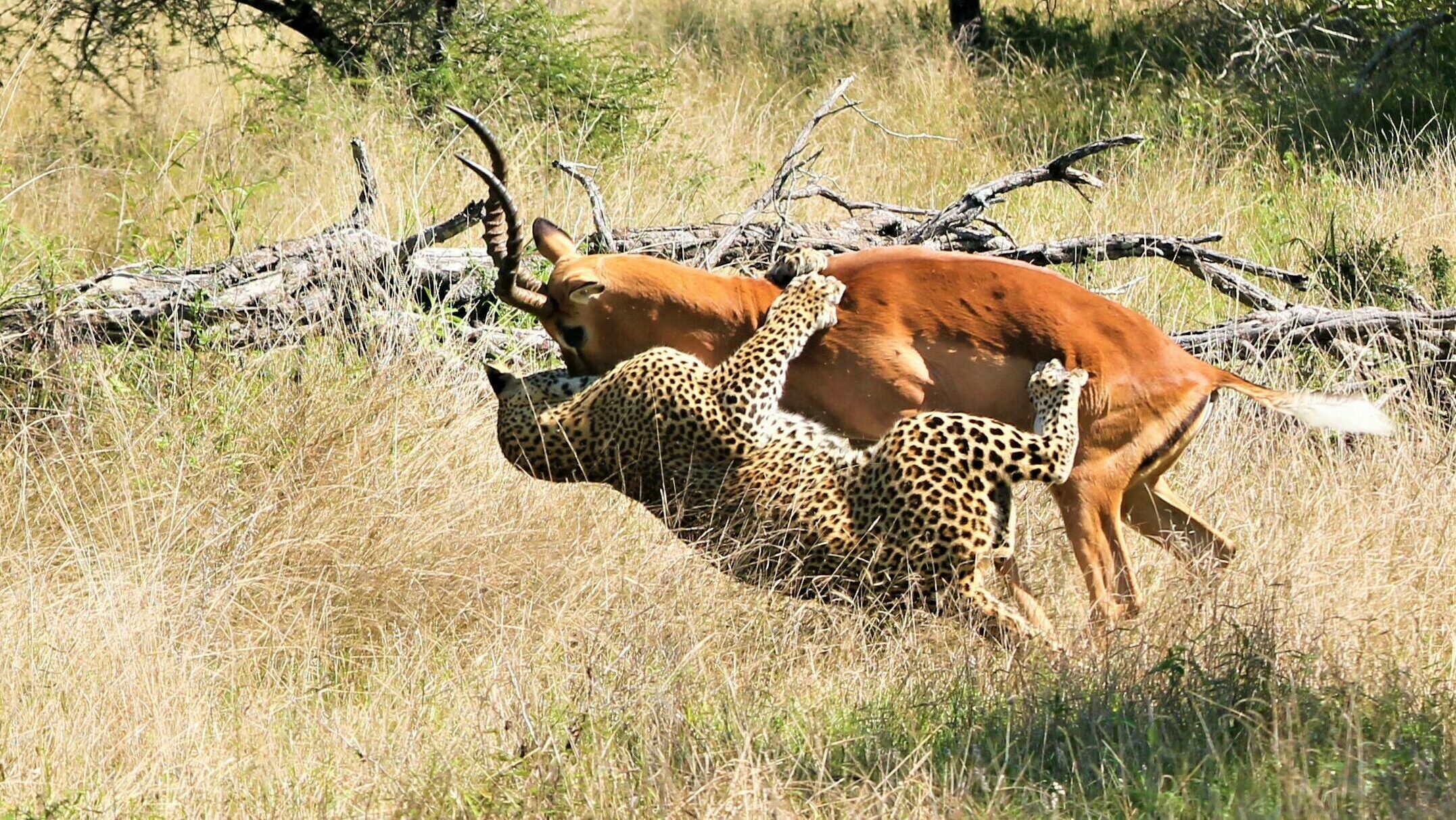 Leopards are well known for their camouflage and agility when it comes to their hunting methods in the wild. But this impala really set quite the challenge for this leopard. 58-year-old wildlife enthusiast, Deon van Loggerenberg has been an avid visitor to Kruger for nearly 30 years and says he has never experienced anything like this.

Deon tells LatestSightings.com the story: “We were travelling from Satara to Skukuza and approached the H12, when we saw a few vehicles, awaiting a leopard. I turned my vehicle around and sat and waited for a while. I wanted to leave as there were quite a few impalas around as well as warthogs. One of the impala rams let out a warning and slightly hunched and looked into the bush.”

“I had my camera ready because I thought that the 1st ram had obviously sensed danger, I was quite right. The next moment the leopard leaped into the air and I was pressing the shutter button like crazy. As you can see, the leopard was hanging below the ram trying to get a proper grip.” 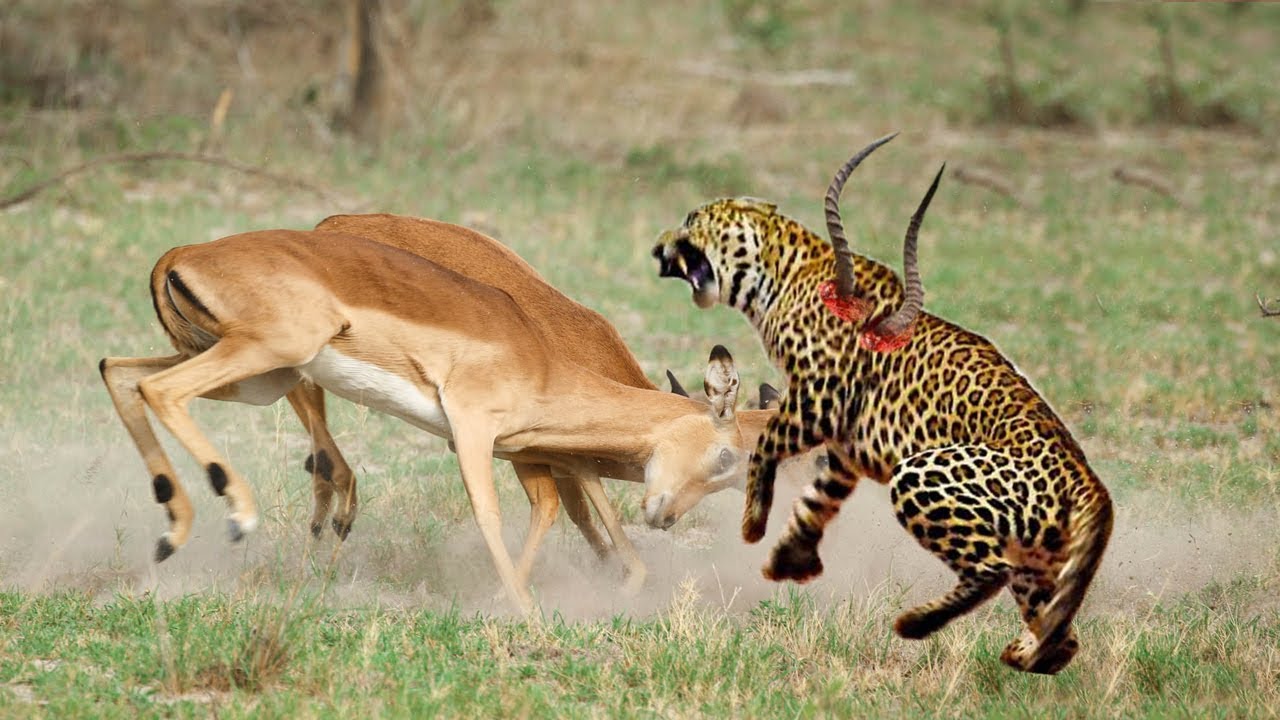 “The impala, big and strong, probably ran with the leopard for 10 meters or so. The leopard took hold of it, they moved away slightly, and behind a bush, we could see the ram go down. A few minutes later it was all over”. 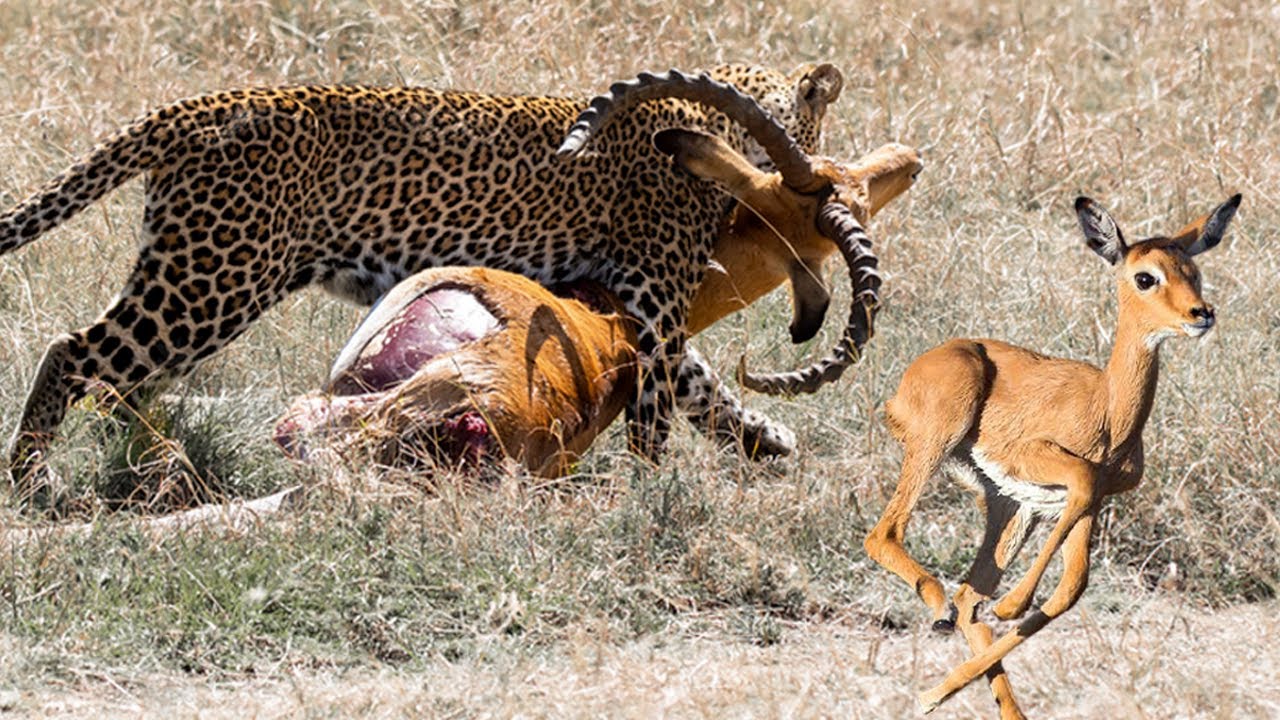 “By the end, we could not really see them anymore…When I saw the impala’s tail wag I knew it was over and the ram had died. The leopard looked up and around, and dragged the impala away and out of sight.”

Deon’s advice to any wildlife enthusiast is to “be patient, get in a good position, and ALSO have a video camera ready. This would have been awesome on video as well.”