A rather nimble cheetah was seen perched atop a tree in Kruger National Park in the nest of a feathered eagle, which had a chance to capture the unprotected bird.

Wildlife enthusiast, Ally Bradfield, was fortunate enough to witness the spectacle aboard an S41 near Satara, and shared her sightings with me. 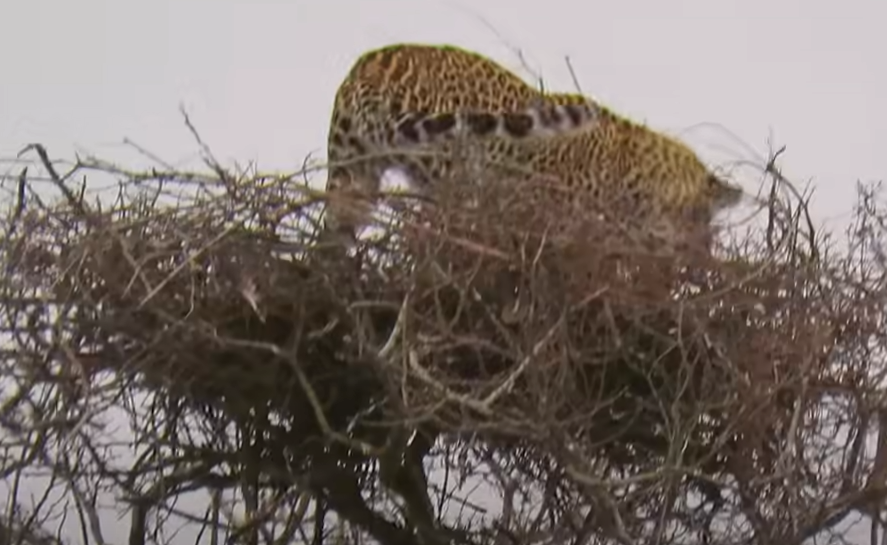 “On the annual winter Kruger holiday, we stay in Satara and drive down to S41 in the morning. Right in front of the Gudzani Dam, we noticed a car had stopped and was looking at a tree about 70m off the road,’ she said. ‘Slowing down to see what was going on, we saw a large figure moving in a nest in the treetops! 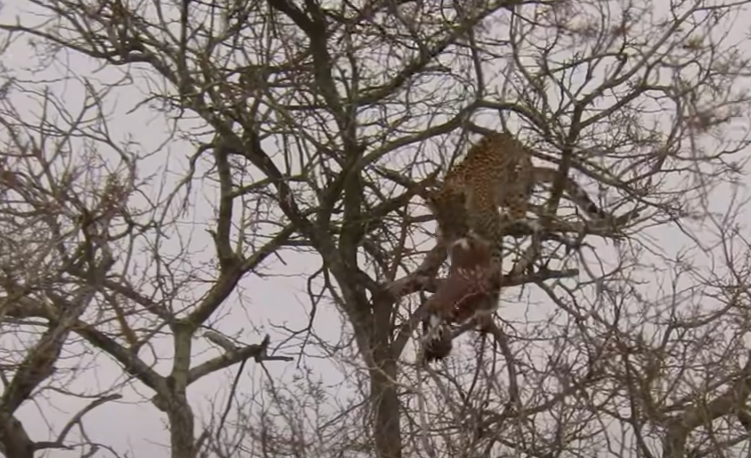 We also saw a predatory leopard rushing to bomb the nest, so we grabbed the binoculars and couldn’t believe what we were seeing,” she continued. ‘A leopard in the nest! Of course, I started recording sightings.

We didn’t know what bird it was at the time – but after watching the footage and asking around, we discovered that it was a Tawny eagle. They leave the nest around mid-late August.” 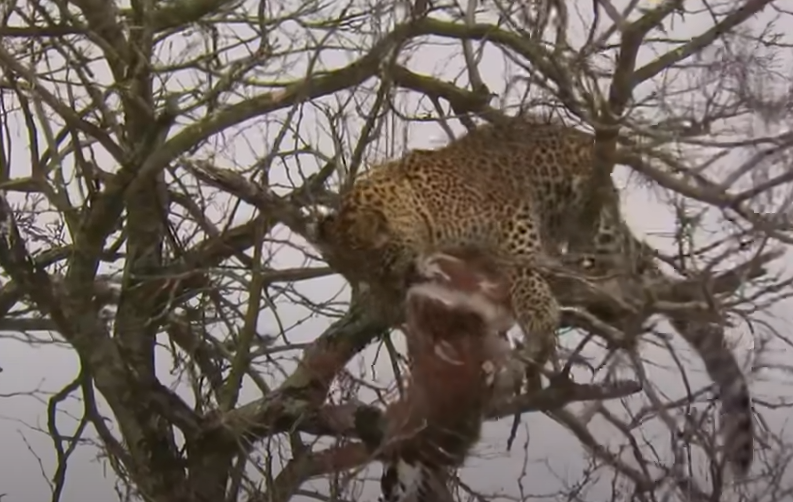 The leopard descends the tree with its reward and quickly disappears into the long grass to enjoy its meal. Check out Ally’s spectacle below.