When the grasslands become smooth, the wildebeest herds are forced to cross the river to find new pasture. Although they know that crocodiles are always waiting for this opportunity to strike, if they do not cross the river, they will also die because there is no food. 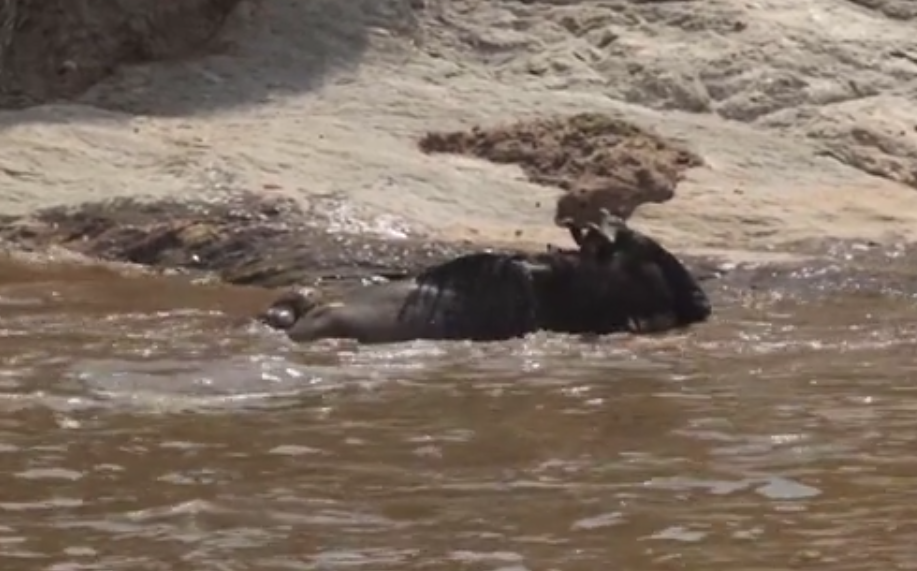 Before the crocodile attack, the wildebeest reacted fiercely but still could not resist the giant crocodile. This time, an antelope crossed the river when it was attacked by a crocodile. The tug-of-war between predators and prey takes place fiercely. 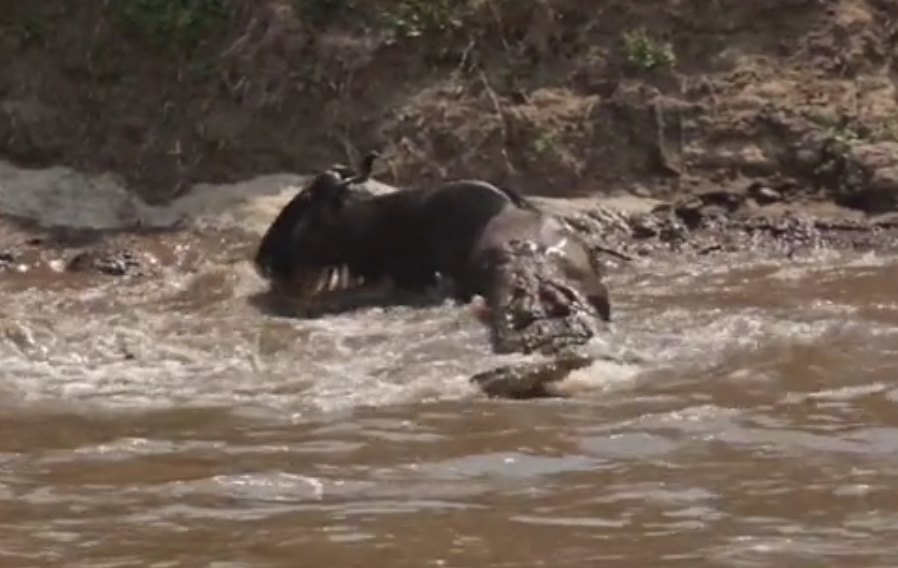 The crocodile grabbed the wildebeest’s tail and tried to drag its prey into the river in fierce resistance. It is also because of the special status of the wildebeest that the crocodile has spent a lot of effort in this fight. 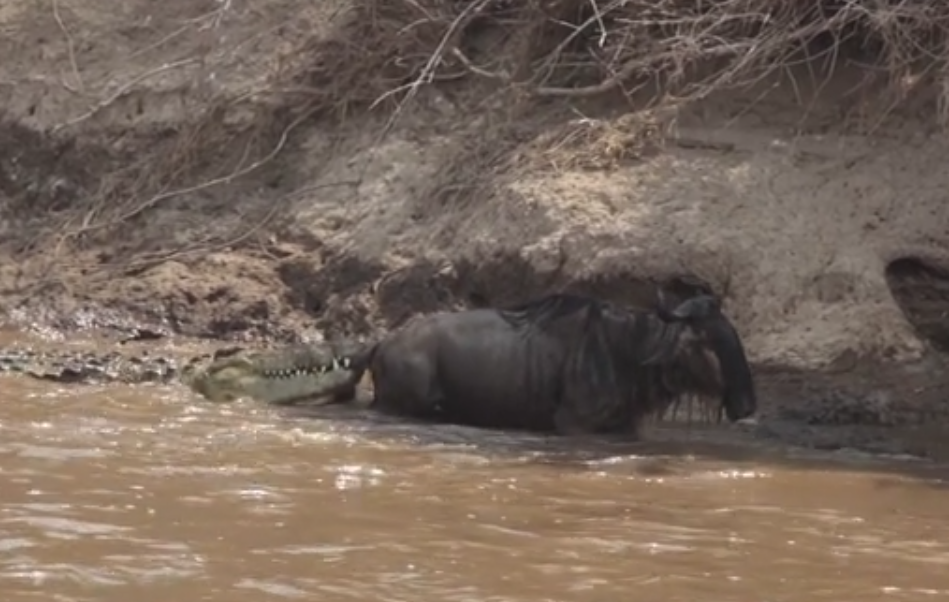 The wildebeest exerted all its strength but eventually, due to exhaustion and fast currents, it surrendered and was dragged into the river by the crocodile. Photos taken in Serengeti National Park.