Tour guide Conrad Cramer is 35 years old, once doing his job at Elephant Addo National Park, South Africa, when he happened to witness a “competition” between two members of the Big Five.

Accordingly, Mr. Cramer was leading his guests to visit the wild natural scenery at Addo Elephant, passing through Spekboom lagoon when he discovered a large herd of elephants gathering to drink water. 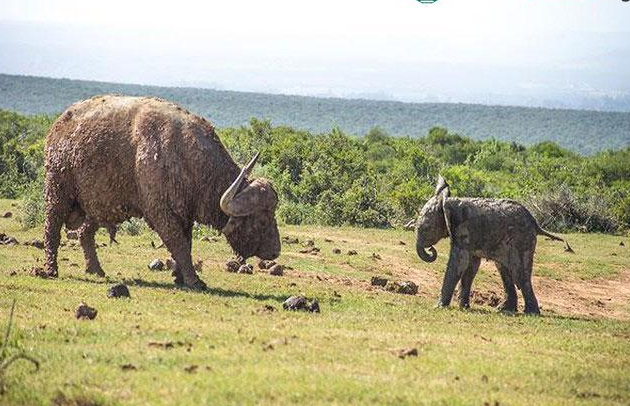 Elephants and buffalo are both herbivores, but because of their large bodies and erratic temperaments, they are classified as the largest and most dangerous animals in Africa. Each animal contains in itself the characteristics and strength enough to claim the hegemony in its territory. 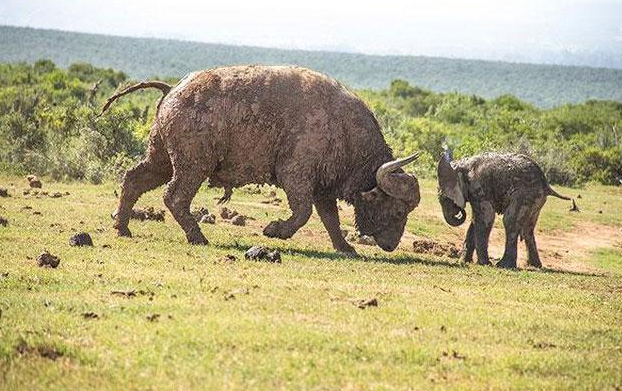 Usually, people will be more familiar with the fierce battles of species such as lions and leopards when hunting or the battles of elephants, rhinos, and buffaloes when defending their territory. Any fight between two animals in the Big Five is extremely intense because of its ferocious nature. 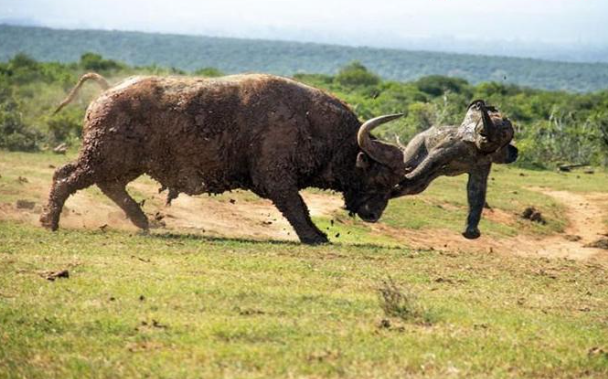 The scene is really peaceful until a wild buffalo from nowhere wanders step by step to the lagoon. It also doesn’t seem to have any intrusive intentions except looking for a sip of water to quench its thirst from the sweltering summer heat.

However, one member of the elephant herd, the smallest of the animals, doesn’t like the feeling of sharing resources with strangers. 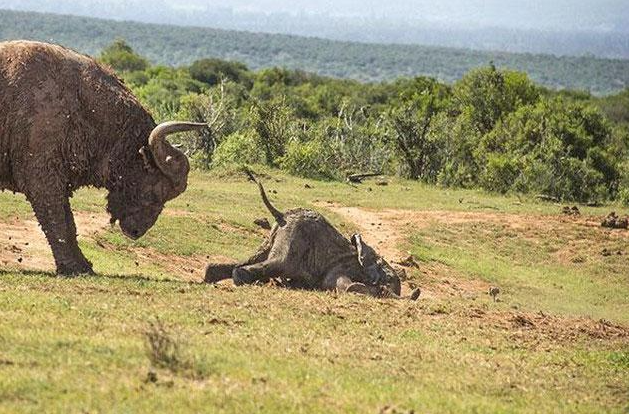 Witnessing face-to-face, Mr. Cramer recounted, the baby elephant aggressively approached the buffalo, showing an extremely angry attitude. It perked its ears, raised its head, all the hallmarks of an adult elephant when it comes to threatening an opponent.

Of course, buffalo can’t feel comfortable being threatened by a new creature with “cracked” eyes. It rushed to use its sharp horns to knock the baby elephant away. Being hit by a bullet, the baby elephant’s confidence is shattered and he has to find his mother to hide.