While passing through Sabi Sands Reserve in South Africa, our group of tourists witnessed a fierce crocodile rushing to bite the poor elephant’s trunk. 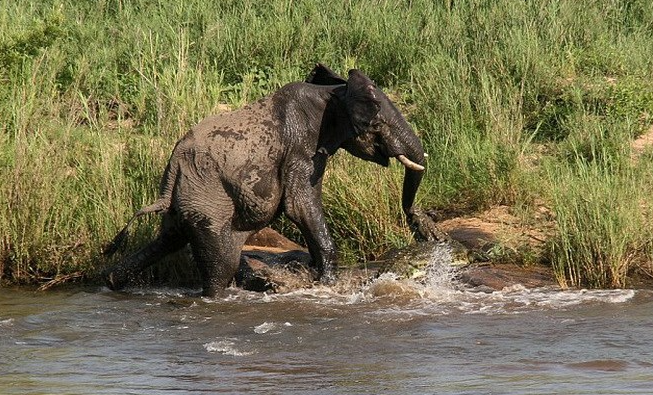 When we arrived, the battle was going on, perhaps the baby elephant was too thirsty to go down to the river to quench his thirst, unexpectedly there was a crocodile waiting there. 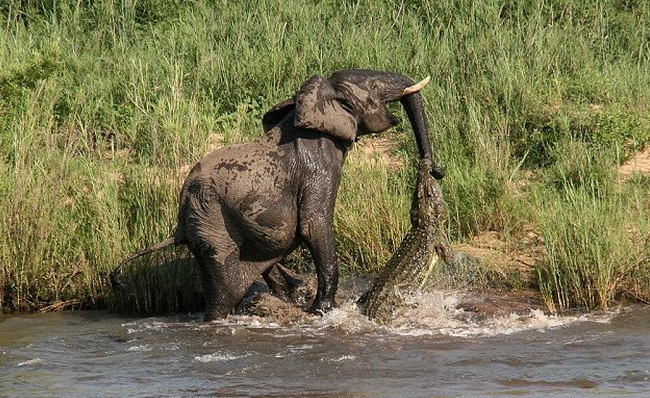 The elephant tried to keep steady on two legs so as not to drag the crocodile into the water, it knew when in the water, the crocodile’s strength was terrible, because it fought with all its strength. 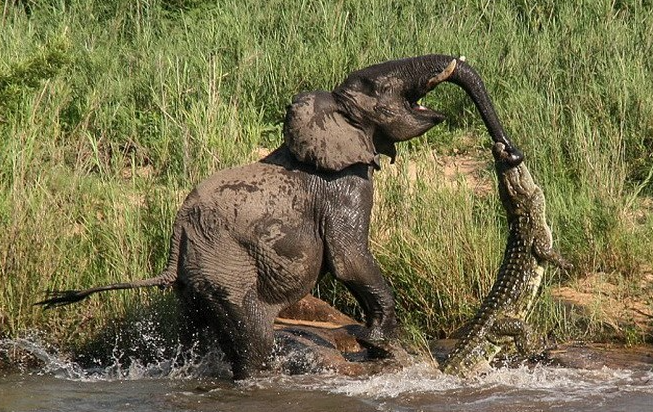 After many hours of struggle, neither side gave up, the victory was in favor of the baby elephant, because the baby elephant constantly used its trunk to make the worm fly high and then stomped in place. 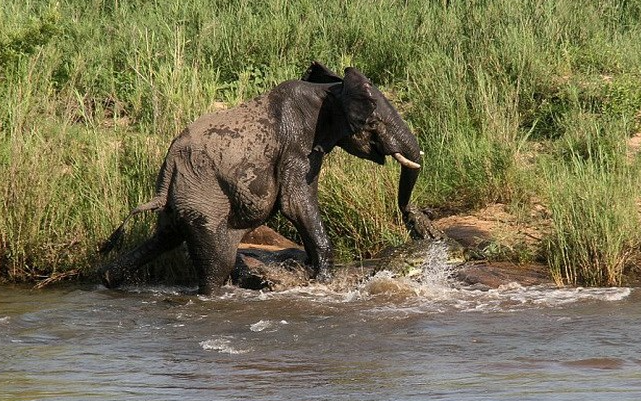 Finally, the crocodile had to give up the hunt and return to the river, the lucky elephant quickly moving ashore with its herd.