The best thing to teach your kids is to be kind to both people and animals. There are so many neglected animals on the planet that we need more caring and compassionate people to look for and after them.

A while ago there was a story about how an 11-year-old boy gave baths to stray dogs every weekend so they can get adopted or the 9-year old boy who used his allowance money to feed stray dogs and eventually started an animal shelter. Then there was the story of a teen who abused his pet cat.

Just because a child’s parents are animal lovers doesn’t mean that the child will inherit the love. It still has to be taught, like manners and discipline.

If children are taught to love, respect, and care for animals, they would grow up to be responsible humans who have compassion towards all living beings. But most of the time, adults don’t set the right example to inspire the young ones.

I know a senior citizen who loves animals so much she’ll cook extra food to feed them every single day. In the same lane, there’s a person in their mid-30s who surrendered many dogs because they misbehaved.

Like a coin with two sides, there are two kinds of humans, and of the good kind is a 13-year-old teenager called Lucinda from Melbourne.

The heroic 13-year-old from Melbourne, Australia, was riding her bike along the Moonee Ponds Creek on a rainy day. Like any teenager her age, she was just enjoying herself and breathing in the beauty nature had provided.

Suddenly, out of nowhere, five tiny kittens appeared on the bike trail. When Lucinda spotted them, she stopped and was determined to provide them with the help they needed.

She knew she had to take them with her. After all, “they were so cute. I didn’t want to leave them, they looked so forlorn and lost,” she said.

But she never anticipated finding stray kittens on the trail and thus didn’t have anything on her to carry them home. Without wasting any time, the compassionate teen rode back home as fast as she could.

She said, “It was raining so I ran home to get a laundry basket to collect them.”

When she returned to the spot where she found the kittens, she was surprised to see nine more kittens running towards her. Now there were a total of 14 kittens who needed to be rescued from the rain.

She put them all in the basket and rode back home. 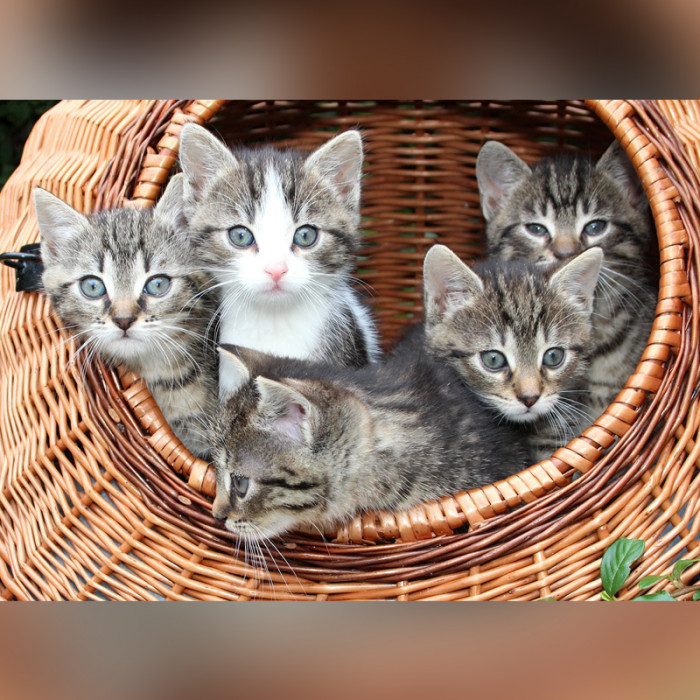 She called the animal hospital

As soon as she reached home, she called the animal hospital and was requested to bring them over. But how could she transport them to the hospital that was a little over 5 kilometers from where she was?

That’s when she decided to use her birthday money.

She said, “It was my birthday a few weeks ago and someone gave me $50 so I used it for a taxi to take the kittens into Lort Smith…” 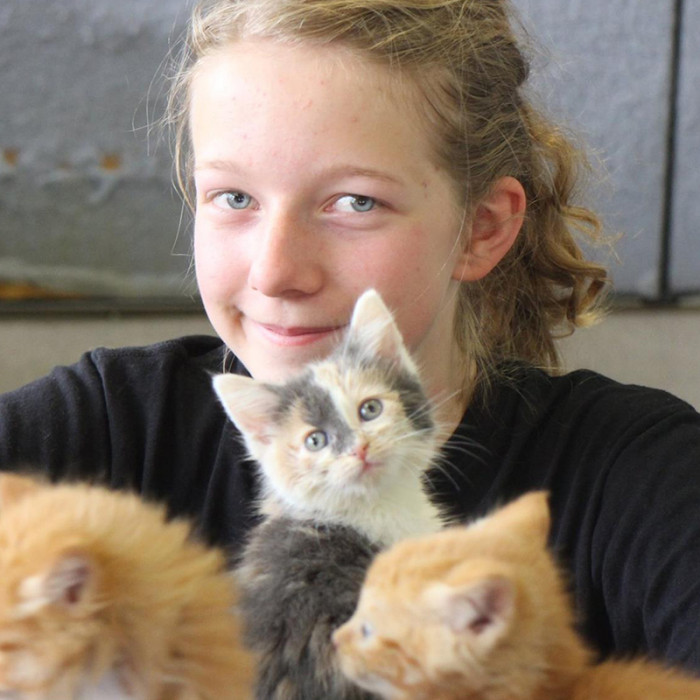 The animal hospital had its hands full.

Remember I told you about how easily people surrender their pets? Well, it looks like the animal hospital had its hands full, as what they were experiencing was the peak of “kitten season.”

Although hundreds of kittens needed help at the animal hospital, they still encouraged Lucinda to bring the 14 stray kittens over. The stray kittens desperately needed the health care they deserved to be fostered and eventually adopted.

According to the animal hospital, as soon as the kittens were bigger and stronger, they’d be given microchips and vaccinations. They’d then be spayed or neutered before they’re ready for adoption.

Thanks to Lucinda, these 14 kittens received a second chance at life. Her act of kindness went viral for all the right reasons. 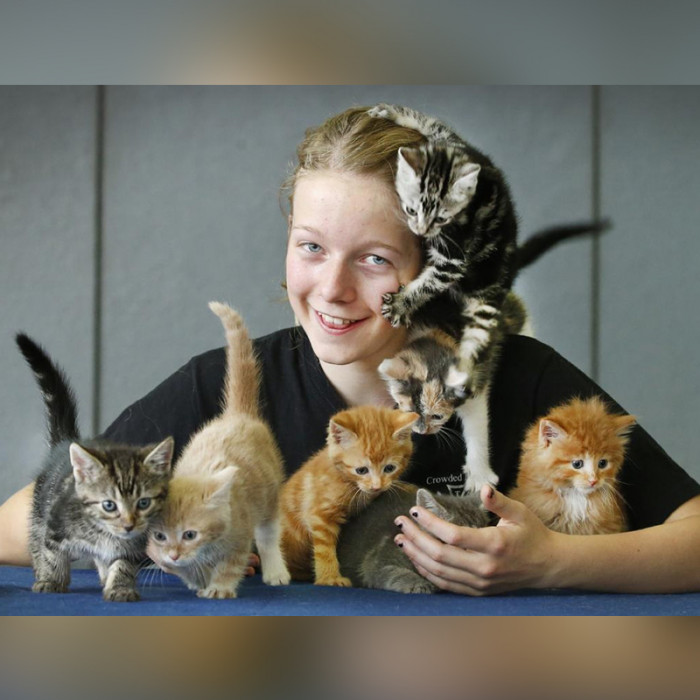 People from all over the world praised Lucinda for giving the kittens the care they deserved. They also offered to give her the $50 she spent on transporting the kittens to the animal hospital.

Lucinda needs more than just $50, according to us! She’s the face of compassion, love, and care in these tough times. Animals need us to help them, so let’s band together to give them what they deserve – a life full of TLC.