Sandro Geyser (33 years old), chief operations officer of IntegriSure Group, was on vacation in the Okavango River Delta as he attempted to capture this dramatic and emotional battle on film. It was truly an epic battle between a lion and an antelope. 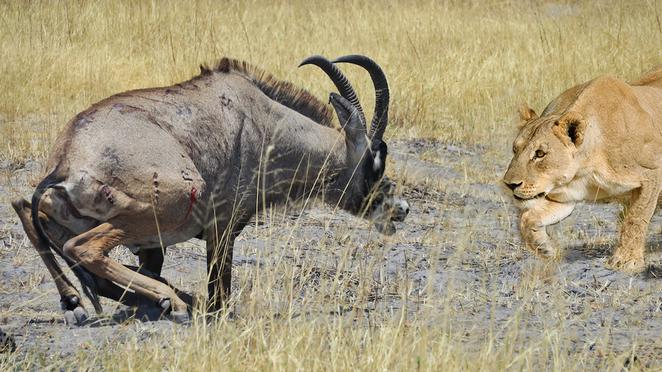 He shared the full details of the event with us: “While at the camp, the camp staff informed us that there were some lions not far away and they offered to come see us.”

“At the scene near Khwai camp, we saw two lionesses lying in the shade on a hot day. After a while, we went back to the camp for a late breakfast and about 40 minutes later we went back with the lions to see if anything had changed.” 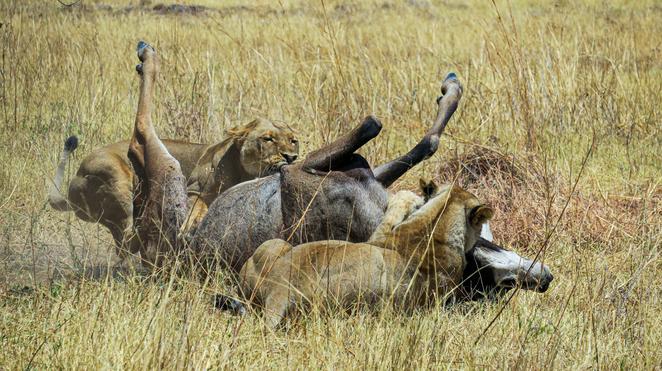 “When we arrived, we noticed there were no lions in the shade. When we looked to the other side of us, we saw the lions already on the roan, less than 15 meters away from us. The attack was initially witnessed only by the people in our car and we were the only ones who witnessed everything from start to finish. ” 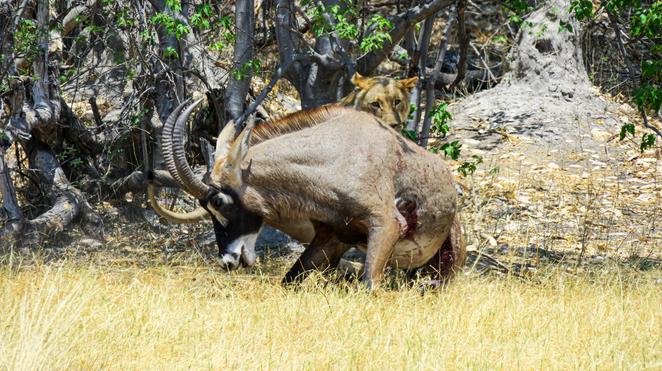 “Initially, we were excited to be able to see such a rare sight in broad daylight. However, as the days progressed, feelings of grief and heroism have developed in a struggling direction. Battered and bruised, the roar was fighting for survival. By late afternoon, the hounds and lions lay in the shade, only a few meters apart. There seems to be an armistice between them.” 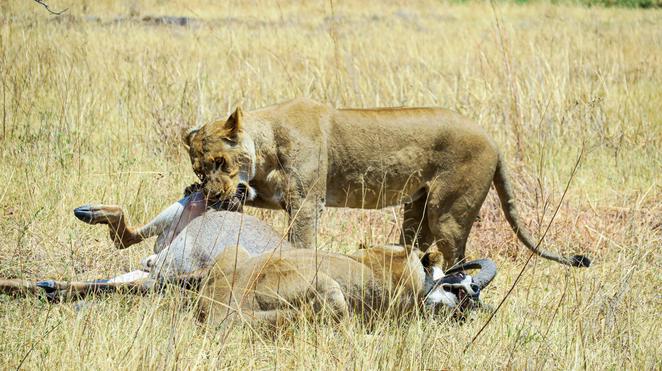 “I have had the honor of witnessing many rare animal acts and behaviors across South Africa. However, this is at the top of the list as the most touching and memorable sight. It’s almost as if there’s an emotional connection.”.